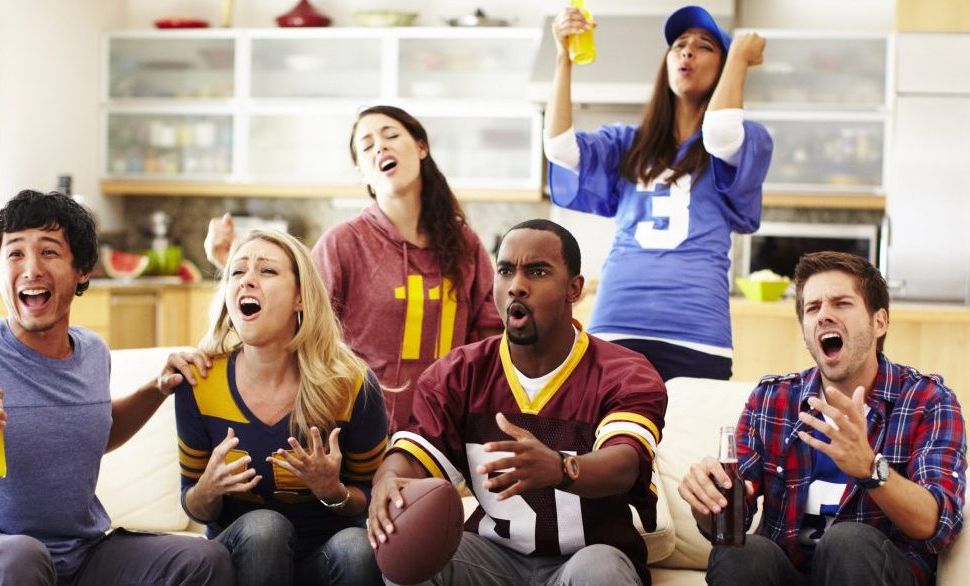 5 Fun Ways To Bet On Sports With Your Friends

Are you looking for fun ways to bet on sports with your friends?

Then you’ve come to the right place because I’m about to share with you five fun ways to bet with your friends, and then I’ll show you a terrific way to keep track of them.

You and your friends will love these.

March Madness is a great time to have bets with your friends.

For those who don’t know what March Madness is, it’s basically sixty-eight school basketball teams competing against each other in a competition over a few weeks. The competition starts in Mid-March and ends at the beginning of April.

The teams (Schools) are divided into four regions, and if they win a game, they advance to the next round and carry on until they lose or reach the final.

There are six rounds for the competition:

The best way to bet on  March Madness is to run a Bracket system, which will give the players points for each correct result they get right in each round.

For example, 2 points for each correct answer in the first round, and then double it up for each round after that. So by the time they get to the Elite Eights, they will be playing for 8 points per game.

The advantage of more points being awarded in the later rounds means the later games are more important, so don’t give up if you’re off to a bad start.

For rewards, you could place an entrance fee of, say, $20 and have as many players as you want entering. The player with the most points at the end of March Madness wins the lot, or you could offer runner-up prizes and reduce the winning prize.

Read More:  How to Create a March Madness Betting Pool This fun bet can be placed on any sport where there’s a league format. As long as the teams all play each week, it’s possible to play the ‘Last Man Standing.’

Here’s how it works.

You all pay a set amount to join (say $10). Each week you will have to select one team that you think will win their game.

If they win, you advance to the next round. If the team draws or loses, you’re out.

You can only choose a team once, so if you choose ‘Team A,’ for example, in the first round and they win, you can’t choose them again during the competition.

This makes it harder to play because you can’t just pick the good teams, and sooner or later, you will have to choose an underdog to win — so think tactically before choosing.

You can play with a minimum of 5 friends or go as big as you want! Listen, we can bet on anything nowadays, and the Oscars are fair game. You can run a betting pool where you and your friends will need to answer a series of questions related to the Oscars.

You know, the Best actor? Best actress? And so on.

You can set several points for each question, and the winner is the person who has the most points at the end of the event.

The Oscars can sometimes get boring, so why not spice it up by betting on them. You could even add money or forfeits to make it even more exciting.

This is a great way to bet against one of your friends.

You choose a game to bet on in any sport you like and set up a series of bets for the game. Then, you score points for each round.

For example, let’s say you chose an NFL game between the Buffalo Bills and the Chicago Bulls — you could make bets on the following:

You will be going head to head with your friend, so you might want to set a wager before starting and even make it the best out of three games, or you could add a forfeit to the loser.

The possibilities are endless, so have fun with this one Everyone loves to play fantasy football because you can play them in multiple sports. They’re also free to enter, fun, and often cash rewarding. You are typically in league with thousands of strangers, all with the hope of winning and netting the huge prize money.

The points are calculated automatically, so why not add a boost to the fantasy game and bet against your friends.

You could have weekly cash prizes or even add the cash up over a set period and give the player with the most wins throughout the season the cash.

Here’s how to play this one.

Each week, you and your friends all throw your name into the hat. One of you then takes turns picking a name out of the hat, and as they come out, they are placed in groups of two.

So, the first name out will be grouped with the second name out of the hat — those two will be head to head against each other for the coming weeks” fantasy football round.

All you need to do is score more points than your opponent to win.

You can even put some together some fantasy football side bets.

How To Keep Track?

You can keep track of these bets by good old pen and paper, but if you lose the paper (it happens), you’re going to cause world war three with your pals.

The better solution is to keep track using a sports wager app. Most of the bet’s in this article can be easily set up using a mobile app such as the WagerLab app.

The sports social app will keep track, update, and make organizing the bet so much easier. They’re free to download, and all you need is a phone.

Which Fun Ways To Bet Are You Going To Choose?

You now have five fun ways to bet with your friends. They’re all easy to set up (even easier with a sports social app), and you can bet for fun or money.

If you want to add excitement to your favorite sports, choose one or all of the above they’re fun and easy, and your friends will love them.