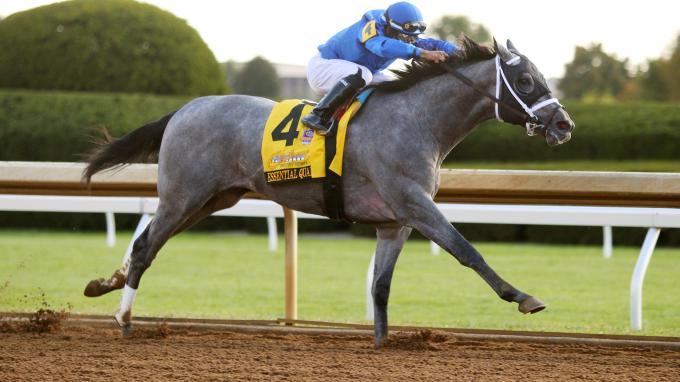 The Fastest Two Minutes In Sports was last raced in September 2020 after a postponement as a result of the pandemic. Authentic was the winner last year; John Velazquez recorded his third Kentucky Derby win following victories in 2017 and 2011.

Two-time winner Mike Smith has extended his streak of Kentucky Derby rides. Smith has competed in six in a row and will be the jockey on Midnight Bourbon on May 1st. Smith has been a Kentucky Derby stalwart with rides in 16 of the last 17 races, winning in 2005 and 2018.

The Run For The Roses is a date circled on the calendar of sports betting fans worldwide.

How does Kentucky Derby qualification work?

There are three separate routes for horses to qualify for the Kentucky Derby. This process is referred to as the ‘2021 Road to the Kentucky Derby’, which is a lengthy qualification process which runs across the world.

The main path to the Kentucky Derby is the North American Road. One of these races was actually in Dubai, but this is the most common route to qualification.

Horses can also make their way into the 2021 Kentucky Derby field through the Japan Road (four races in Japan) or seven races in Europe. These races were split across England, Ireland and France.

The top four finishers in qualifying races received points based on their finishes. This is boosted for the major prep races in the final couple of months before the Derby.

Greatest Honour was considered one of the favorites for the 2021 Kentucky Derby. Three consecutive wins represented perfect form ahead of the big race, but the Colt has been forced to pull out.

A third-placed finish at the Florida Derby might not have suggested immediate alarm bells to a lot of horse racing fans. However, there was a problem with Greatest Honour, and they are out of action for the next 60 days.

This has a major impact on the Kentucky Derby 2021 field. Odds varied, but Greatest Honour was always one of the shortest-priced horses for the race on May 1st.

Diving Into The Data

Beyond race results, split times are important when analyzing the Kentucky Derby betting markets. Bettors will look beyond the placings and try to find value with more in-depth data.

One particular way to compare horses is looking at their speed in the final section of their last prep race. A lot of the horses involved have not taken on this sort of distance in the past. Knowing which ones have the stamina to keep pace towards the end of The Fastest Two Minutes In Sports can help make betting decisions.

Eight of the last nine Kentucky Derby winners have completed the last three-eighths of a mile in their final prep race in under 38 seconds, according to Jennie Rees.

Unsurprisingly, Essential Quality, the race favorite, put in the fastest final stint in its last prep race. This was to beat Highly Motivated, but the early pace of that race was relatively slow, perhaps explaining the strong finish.

Essential Quality is deserving of favorites status, but that’s probably not where the betting value lies.

For instance, Known Agenda starred in the Florida Derby. It was a dominant performance from start to finish, and trained by Todd Pletcher, a two-time Kentucky Derby winner, Known Agenda could be the best value bet on the board.

Hot Rod Charlie got the win at the Louisiana Derby and will lure in some bettors.