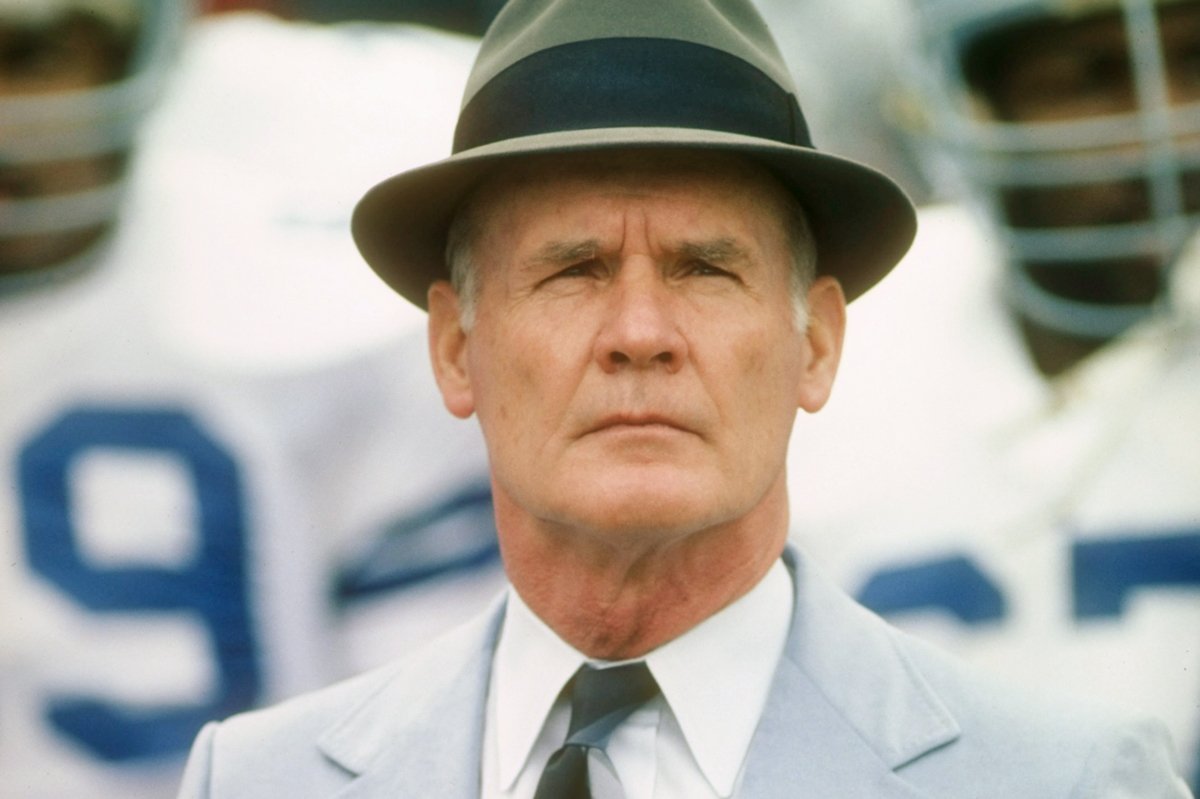 Being one of the best NFL coaches of all-time requires a precise blend of man management, player development and Xs and Os. Motivation, strategy and resilience all come into play. Of course, any head coach or manager needs the right players to be a success, as is the case in every sport.

There are 34 coaches in the Pro Football Hall Of Fame. Just like with the game’s top players, it takes longevity and success to even be in consideration for a spot in Canton. It is the ultimate honor for a head coach, and several active coaches have a berth in Ohio reserved when they hang up their headset.

Narrowing down the greatest head coaches in NFL history to just 10 isn’t an easy task. We’re talking about decades of football, numerous dynasties. There’s the constant challenge of comparing eras, pitting achievements of the 1960s and 70s against the barely comparable 2010s and 20s.

Many on this list are non-negotiables when debating the best NFL coaches of all-time. Some picks might be deemed controversial – it’s all subjective when it comes to matching up the greatest ever.

Bill Walsh didn’t yell from the rooftops about his accomplishments. He just got on with business, quietly reinventing NFL offense along the way.

"The head coach must be able to function effectively and decisively in the most stressful situations" (Bill Walsh) pic.twitter.com/DczetpQuwY

An eventual mastermind of three Super Bowl wins for the San Francisco 49ers, Walsh began as an assistant in Cincinnati. Injuries forced him to make changes, focusing on quick reads and short throws. The West Coast Offense was born, and quickly became a staple across the NFL.

Not just a tactician, Walsh was also renowned for the accountability and team-oriented thinking he instilled.

Twice named NFL Coach of the Year and included in the NFL 100th Anniversary Team, there’s no debating Walsh’s place among the most influential people in NFL history.

Tied for 20th all-time in regular season wins as of September 2021, Mike Tomlin is one of the best head coaches of his generation. Only two active head coaches – who feature in this article – have more wins in the regular year than Tomlin, who has been in charge of the Pittsburgh Steelers since 2007.

As the youngest head coach to win a Super Bowl and with nine playoff runs to his name, Tomlin has guided the Steelers through ups and downs. He has been a stabilizing force amid controversy, roster overhaul and wantaway stars.

Celebrating his 50th birthday in 2022, Tomlin could yet finish in the top 10 all-time in career wins. It will be fascinating to see how his career develops once Ben Roethlisberger retires.

Joe Gibbs and Washington were always thinking outside the box. They changed their offense because of potent pass rushers. Expensive draft picks meant they looked elsewhere for young talent, trading first round selections away for other assets. In strike-impacted seasons, Gibbs and his staff found a way, winning Super Bowls in two strike-hit campaigns.

Gibbs excelled when the circumstances were trickiest. He turned disadvantages into advantages even against the most stacked opponents.

Elected to the Hall of Fame in 1996, Gibbs even enjoyed success running his own team in NASCAR. He won Super Bowls with three different quarterbacks and brought ingenuity to the head coaching game that few others can rival.

Coaching the Colts then Dolphins between 1963 and 1995, Don Shula remains the all-time leader in regular season wins with 328. At risk of stating the obvious, Shula worked through multiple NFL eras, overseeing contenders as the league changed on and off the field.

Despite winning two Super Bowls and being named Coach of the Year on four occasions, Shula’s career still has plenty of what-ifs. His teams had a long list of postseason disappointments, and were often hit by key injuries when the games matter most.

Still, Shula is the only head coach to lead two franchises to their Super Bowl debuts. That’s an impressive feat in itself, and he showed great versatility to adapt his management coaching styles across four decades.

John Madden won almost 76% of his games as a head coach. No one has a better record in the modern era. He amassed seven division titles and one Super Bowl triumph across the near-decade in charge of the Oakland Raiders.

While he left the organization before their Super Bowl triumphs in the 1980s, there’s no question Madden deserves at least a portion of the credit for those successes. The roster he built, the culture he cultivated, was the bedrock of those wins.

That Raiders era was immensely talented, but it took a special type of leadership to make it a functional franchise from top to bottom. Madden wrestled with challenging personalities to reach the playoffs in eight of 10 seasons at the helm.

Only a small group of people can transcend their sport. People who have no interest in the NFL have heard of Vince Lombardi. He’s a Hall of Famer, a coach with multiple rings, and the Super Bowl trophy is named after him.

That’s all great, but it isn’t what makes Lombardi so iconic. His presence was bigger than football, he walked somewhere between coach and philosopher, a man whose quotes carried far beyond the adoring crowds in Wisconsin.

The wins and losses only tell a small segment of the Vince Lombardi story.

It’s going to take some going for a coach to match Tom Landry’s record of 20 consecutive winning seasons. Amassing so many wins (fourth all-time, in fact) didn’t seem likely when Landry took over a controversial expansion franchise in Dallas. The Cowboys were unwanted in the NFL sphere, and Landry’s career started in painful fashion with a record of 18-46-4 in his first five seasons.

His roster of has-beens became a home of invention, of flex defense, of pre-snap motion and unique player development. Landry made the Cowboys into America’s Team.

Andy Reid did good work with the Philadelphia Eagles. He raised the expectations for the franchise, making them consistent contenders. Reid never won a Super Bowl with the Eagles, though, and joined the Kansas City Chiefs in 2013.

There was a similar impact. Reid improved the Chiefs, but the postseason woes continued, which was made all the more agonizing by the Eagles’ Super Bowl triumph over the Patriots.

Reid finally got over the line when the Chiefs won Super Bowl LIV. Winning his first cemented his position among the best NFL coaches of all-time. With Patrick Mahomes, Travis Kelce and co, Reid must fancy his chances at winning another ring or two before he retires.

Working for a quarter of a century in the NFL before landing the head coaching job with the New England Patriots, Bill Belichick was already known as an astute defensive mind. No one could have predicted just how well Belichick would adapt to the big job, though.

He led the Patriots to their first ever Super Bowl win in just his second season. Five more Big Game wins have followed, of course, as Belichick and Tom Brady dominated the AFC. New England won all but one division title between 2003 and 2019.

Belichick embraced technology, he made the most of the data available to him, and he had a knack for getting every inch of production out of every single one of his players.

Others have a claim to the title, but Belichick has become the consensus head coaching GOAT.

Architect of the ‘Steel Curtain’, which was a defense so dominant it effectively broke the sport, Chuck Noll led the Pittsburgh Steelers to four Super Bowl titles in the 1970s and four more postseason appearances in the following decade. The 193 regular season wins is enough for eighth all-time. The raw numbers only say so much about what Noll and the Steelers achieved in that period, though.

Exceptional player recruitment was a major factor, and Noll changed how defense was played in the NFL. Over four decades after their last Super Bowl appearance, the ‘Steel Curtain’ is used as a yardstick for NFL defense. Not many coaches can claim a legacy as longstanding as that.